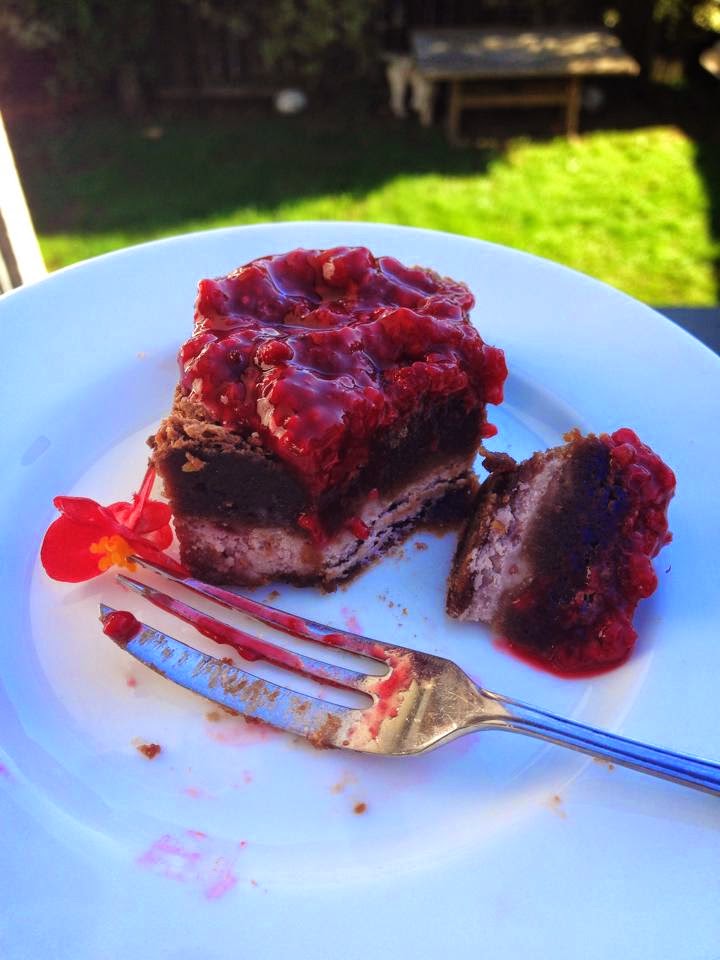 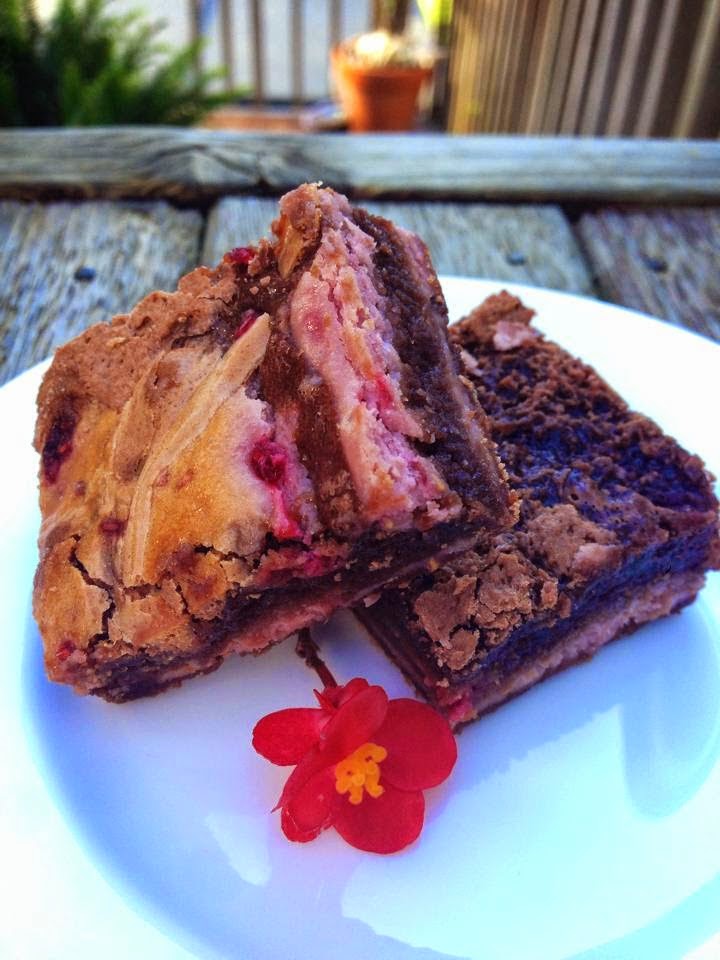 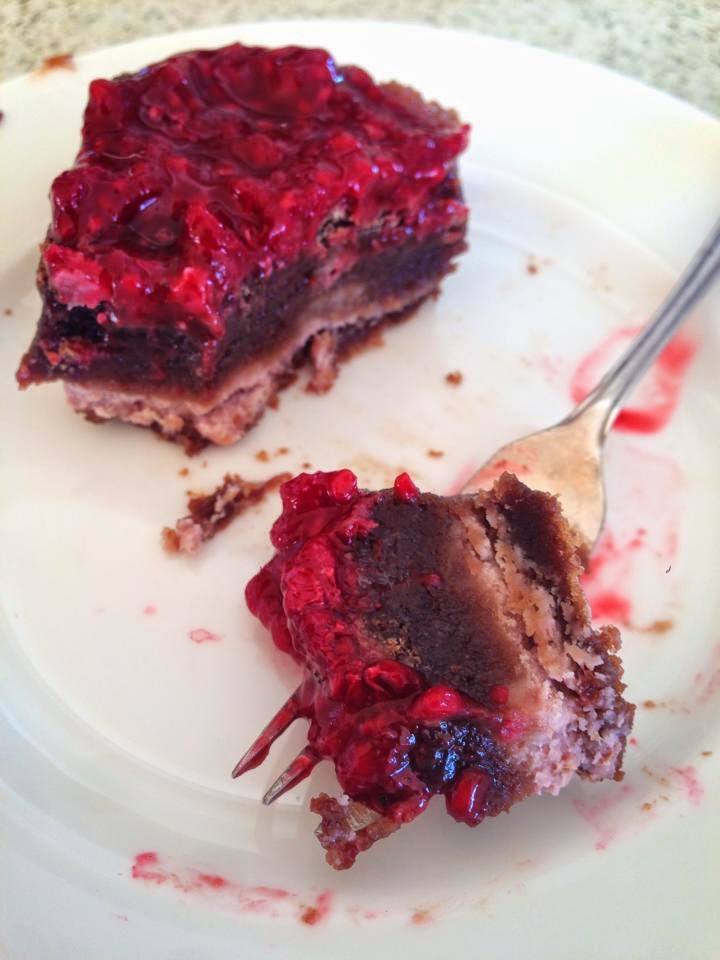 Preheat the oven to 180°C. Line the bottom and sides of an 11 x 7 inch baking pan with baking paper, leaving an overhang on all sides. Set aside. Set out cream cheese for the cheesecake layer and allow to soften as you prepare the brownies.
Make the brownies first: Melt butter in a medium saucepan on low heat, stirring constantly (about 4 minutes). Remove from heat and add semi-sweet chocolate, put on the pot lid. Allow the chocolate to melt into the butter (fuse), stir after 2 minutes. Leave to cool to room temperature (about 15 minutes). You may also stick the chocolate/butter mixture into the refrigerator to cool to room temperature quicker. 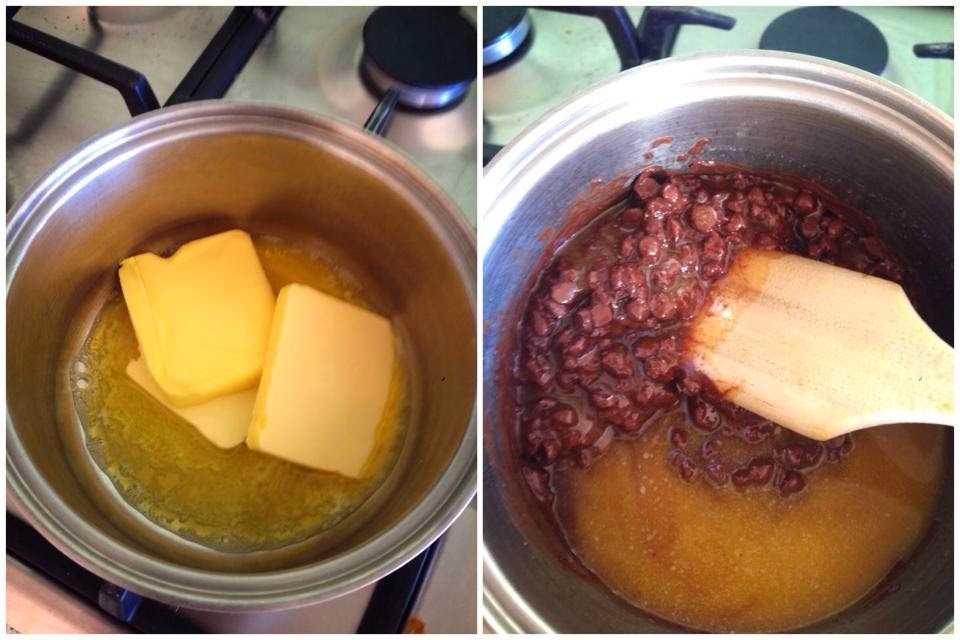 Beat 3 eggs in an electric mixer until lighter in colour. Slowly add the caster sugar and beat till light and fluffy, add vanilla. Gently fold in the flour, salt and chocolate-butter mixture. Pour batter into prepared pan, reserving 1/4 cup of batter. 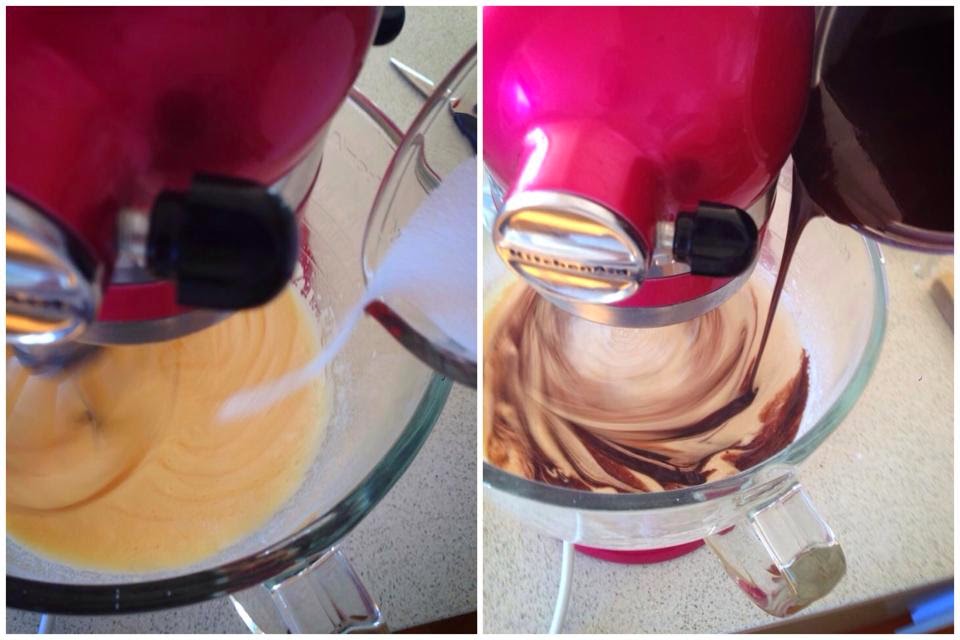 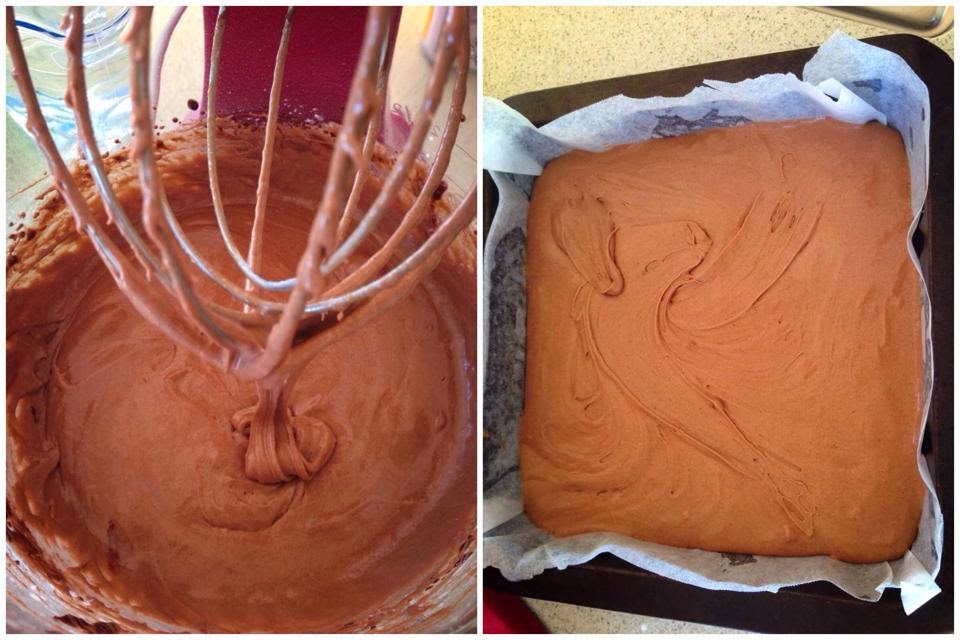 Make the cheesecake swirl: With a hand-held mixer on medium speed, beat the softened cream cheese until smooth. Add 1/4 cup sugar, egg yolk, and raspberry preserves and beat in a medium bowl until completely smooth - about 1 minute. If you'd like a pinker cheesecake layer, add 2-3 drops of red food colouring. Dollop spoonfuls of the cream cheese mixture on top of the prepared brownie batter. Drizzle with the last 1/4 cup of brownie batter. Glide a knife through the layers, creating a swirl pattern. Press a few raspberries into the top. 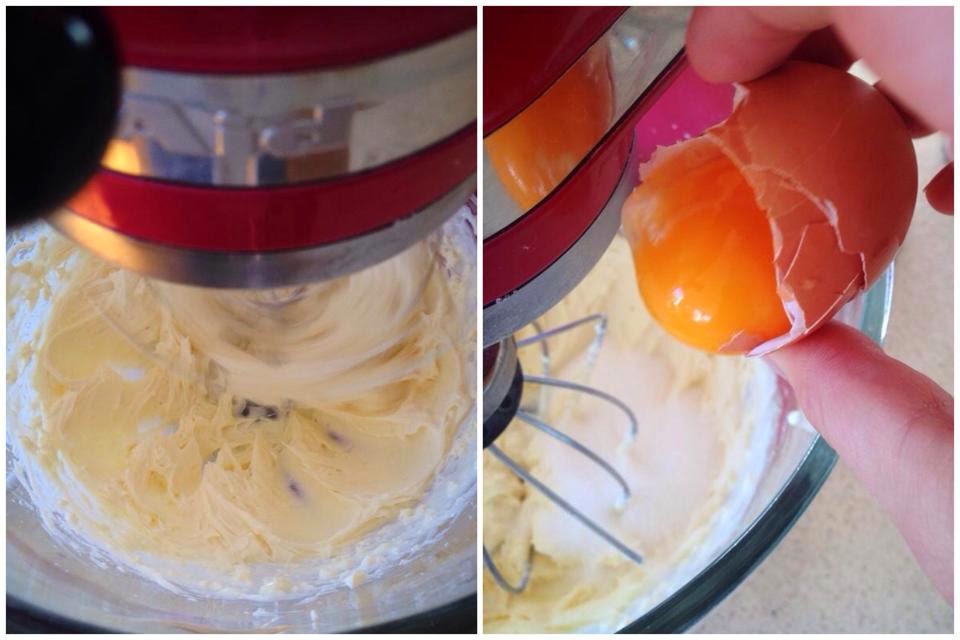 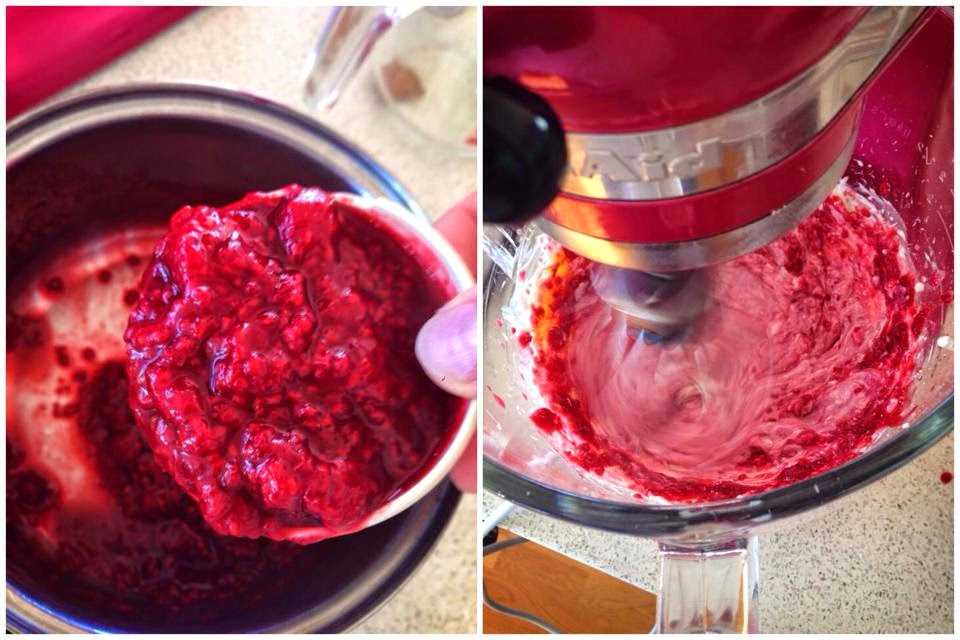 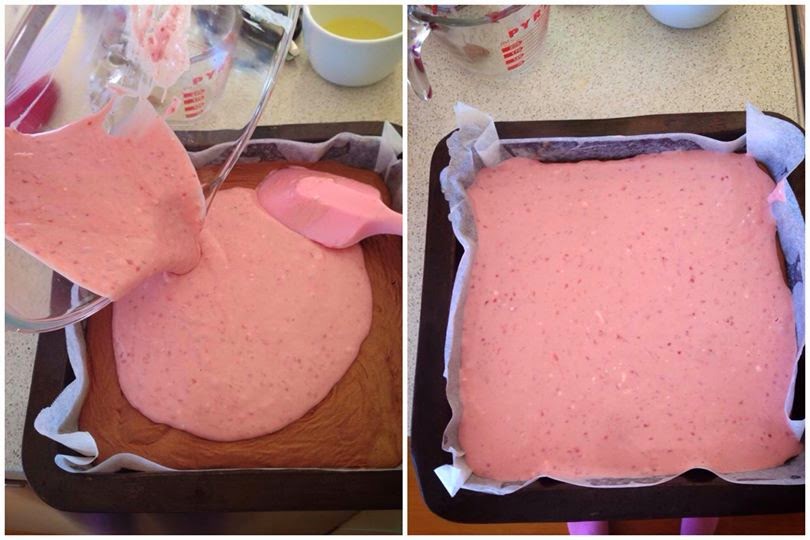 Bake brownies for 35-45 minutes, or until a toothpick comes out almost clean - which may be shorter or longer. Just keep your eye on them and test with a toothpick. Mine took exactly 35 minutes. Cover the brownies after 20 minutes to avoid the top from browning too much and too quickly. Allow brownies to cool completely before cutting into squares, at least 4 hours. I set mine on the counter for 30 minutes, then in the refrigerator for 2 hours which sped up the process. Brownies stay fresh stored in the refrigerator for 1 week. 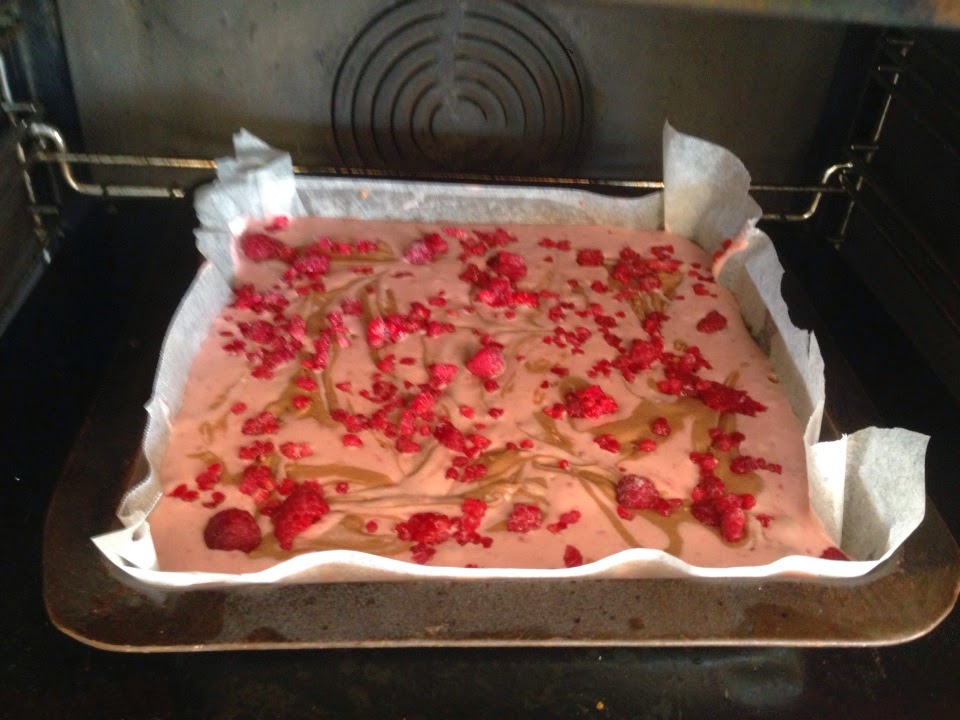 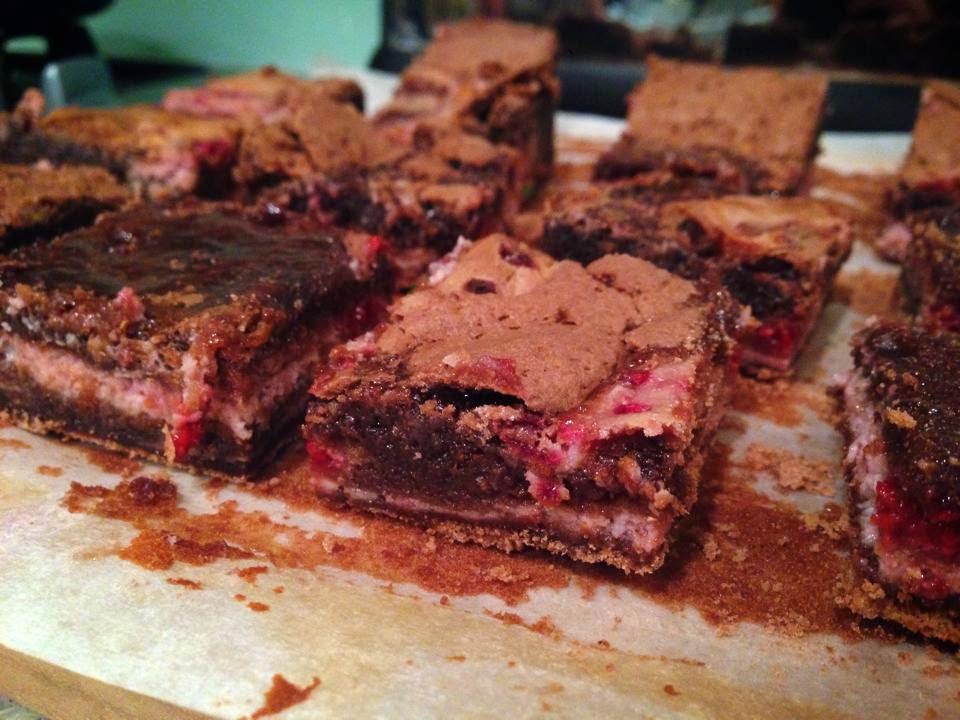 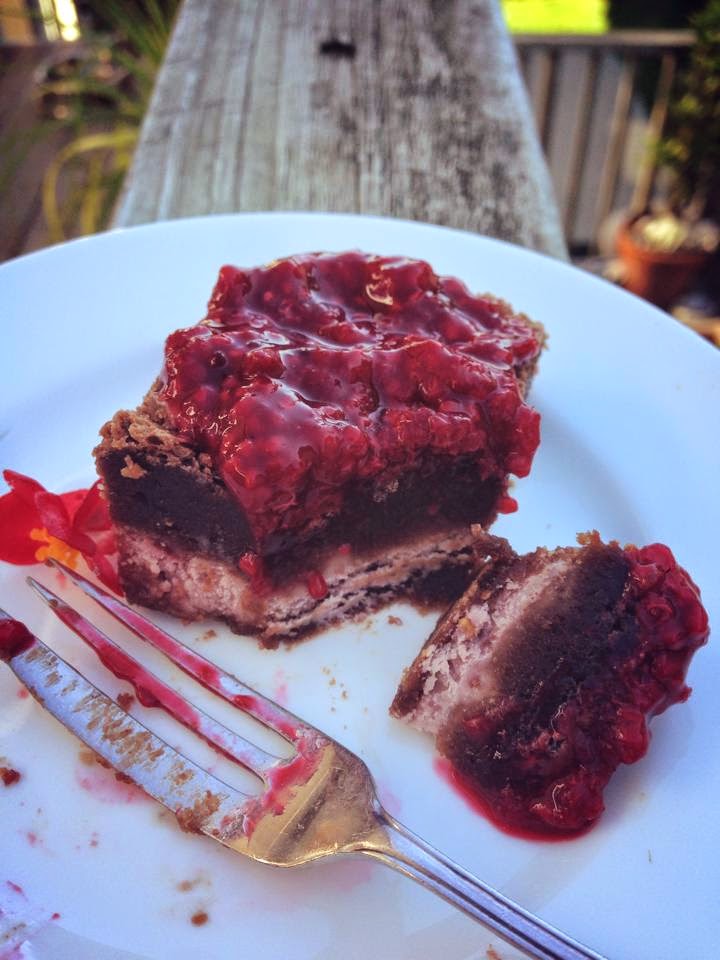