This was a creative day in the kitchen for me making up everything as i was going and i must say i was quite happy with my outcome! What is better than apple crumble... an apple crumble cupcake!!! This has a sponge vanilla and cinnamon cupcake, filled with apple and topped with vanilla buttercream, more apple and crumble topping. And its even GLUTEN FREE!! Enjoy xx 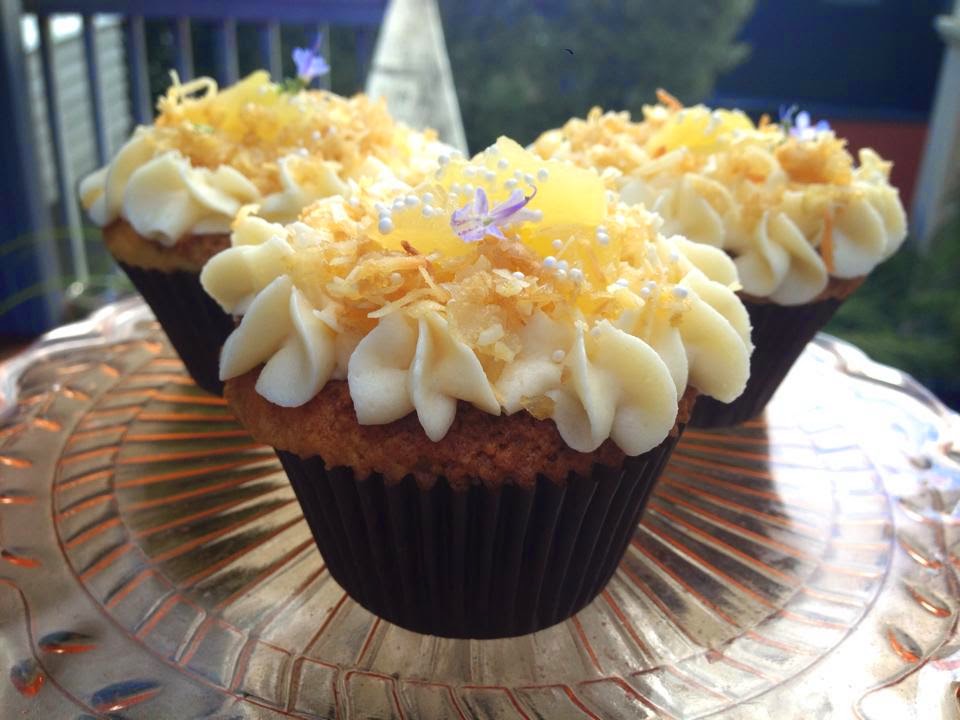 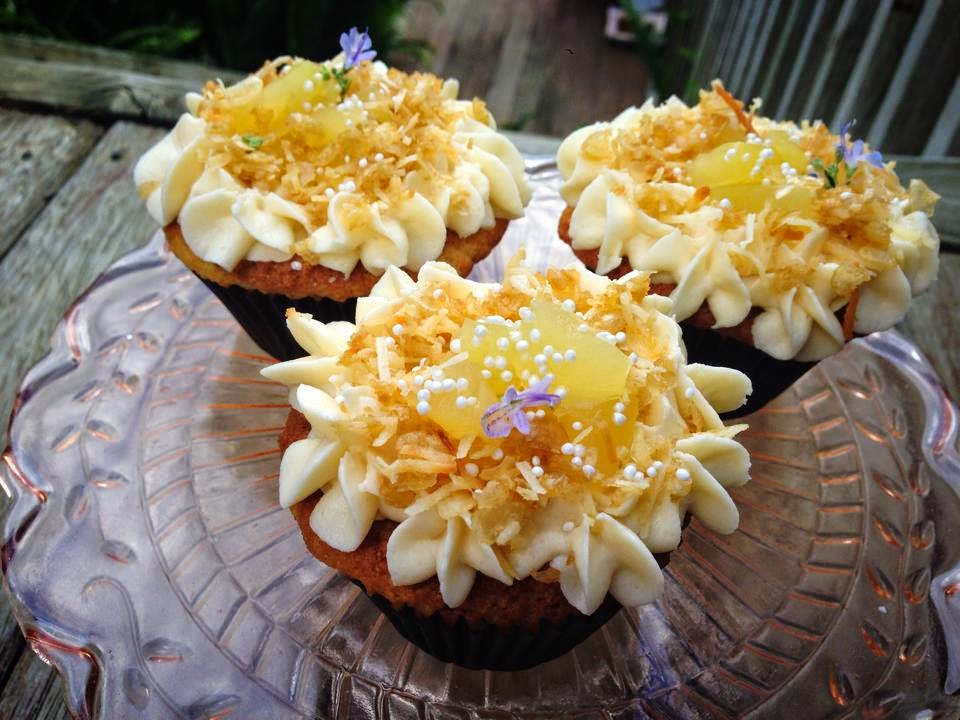 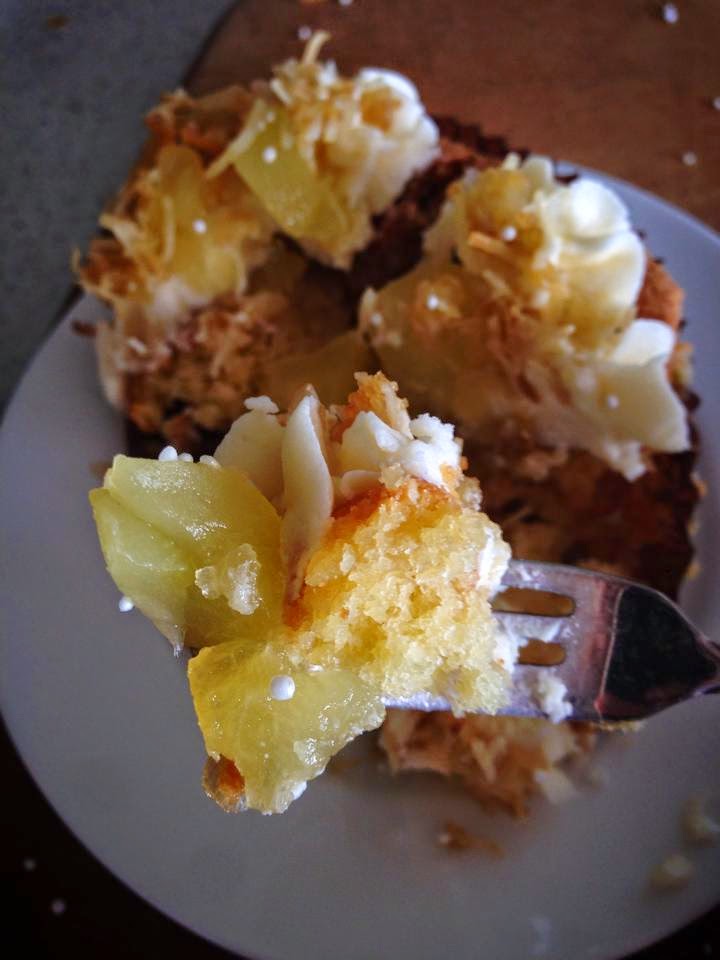 Preheat oven to 180°C. Beat butter with an electric mixer until smooth and light in colour.
Add caster sugar and beat until light and fluffy, add vanilla. Add eggs one at a time and mix well. 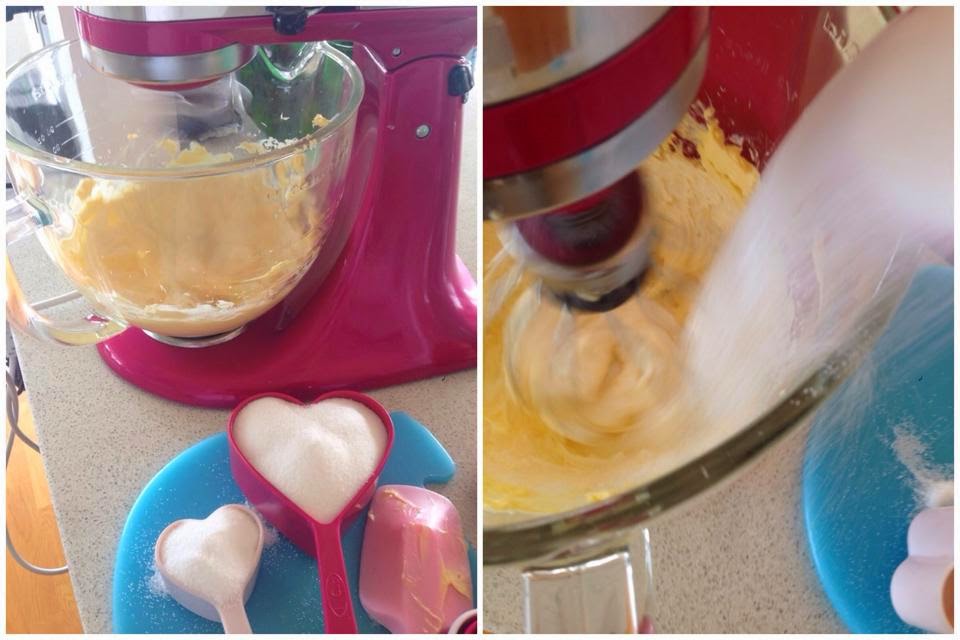 Add the flour, milk, corn flour, baking powder and almond meal, be careful not to over mix, beat till just combined. 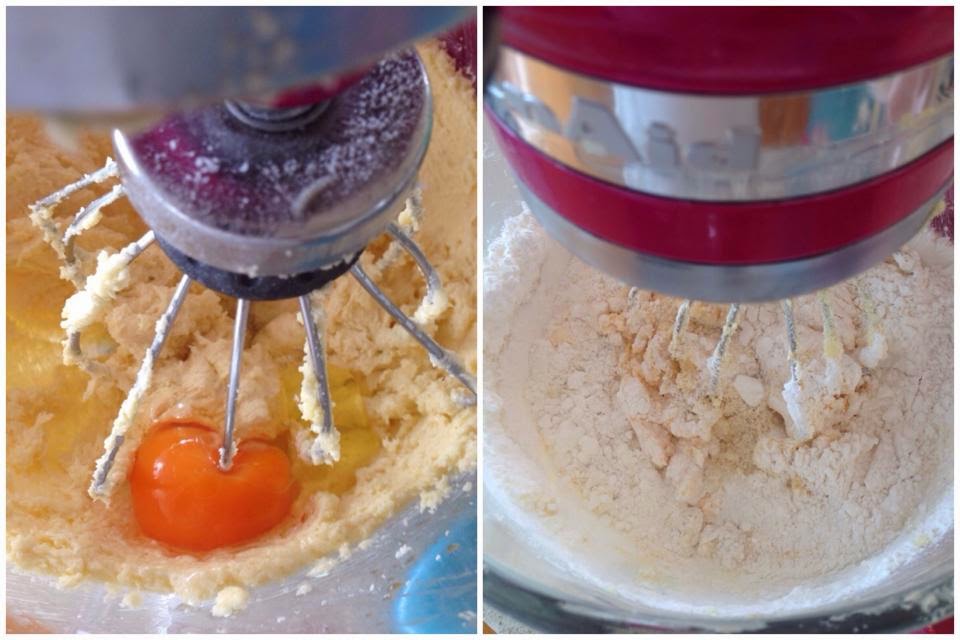 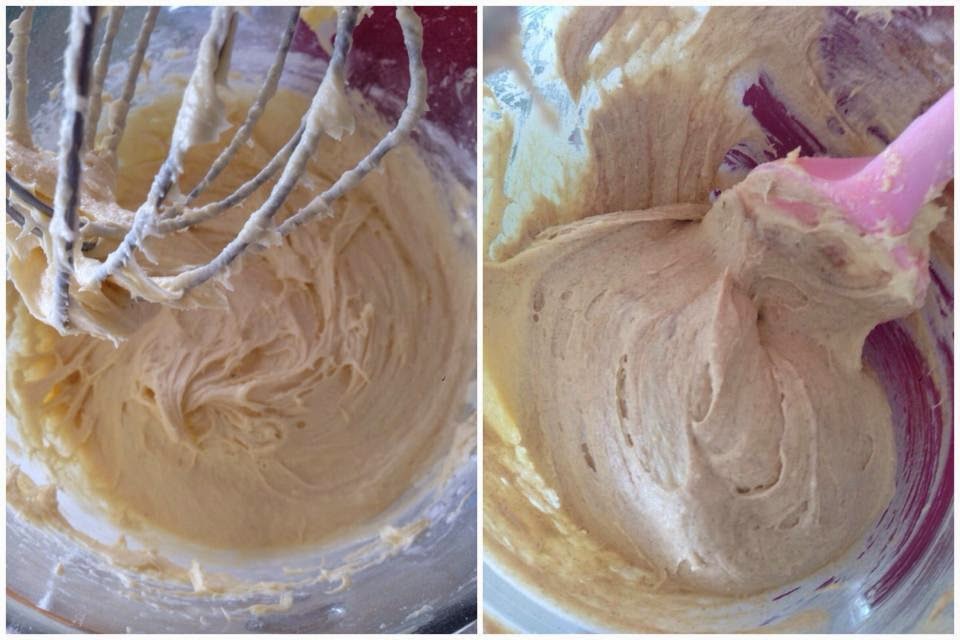 Place paper baking cups in a cupcake tin. Spoon in vanilla cupcake batter till half full. Add the cinnamon to the remaining mixture. Add another small soon on top of the vanilla batter till 2/3s full. Use a tooth pic to marble the batter together. (don't overfill or they will form peaks).
Bake for 18-20 minutes until golden or until they spring back when lightly pressed. Turn out onto a wire rack to cool while you prepare the apple filling and icing.

Add the peeled apple pieces into a bowl with a small amount of water. Cook in microwave for 8 minutes. Leave to cool. Put aside a small amount for the top of the cupcakes. Add cinnamon and its all ready to go! 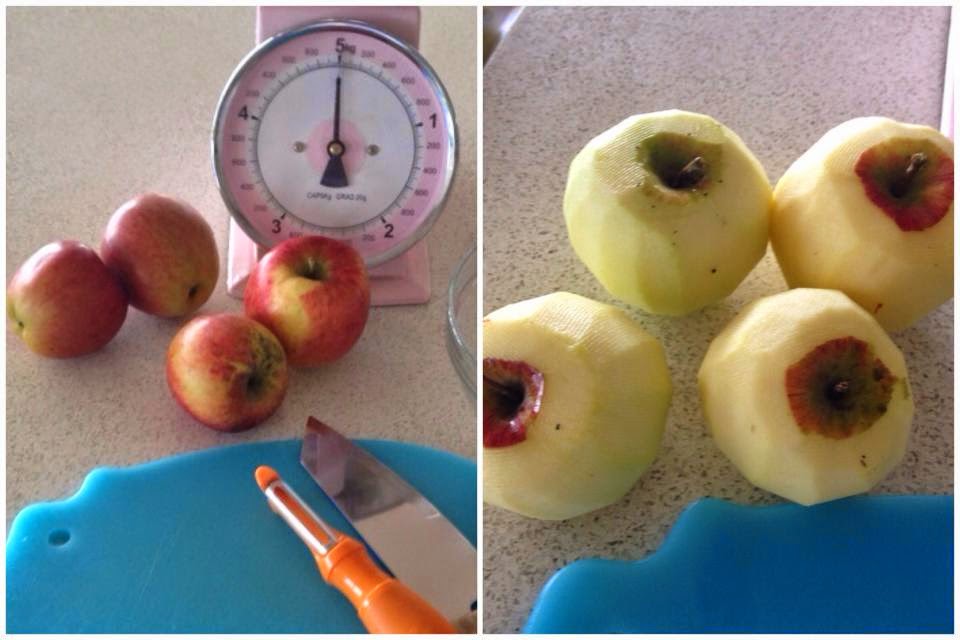 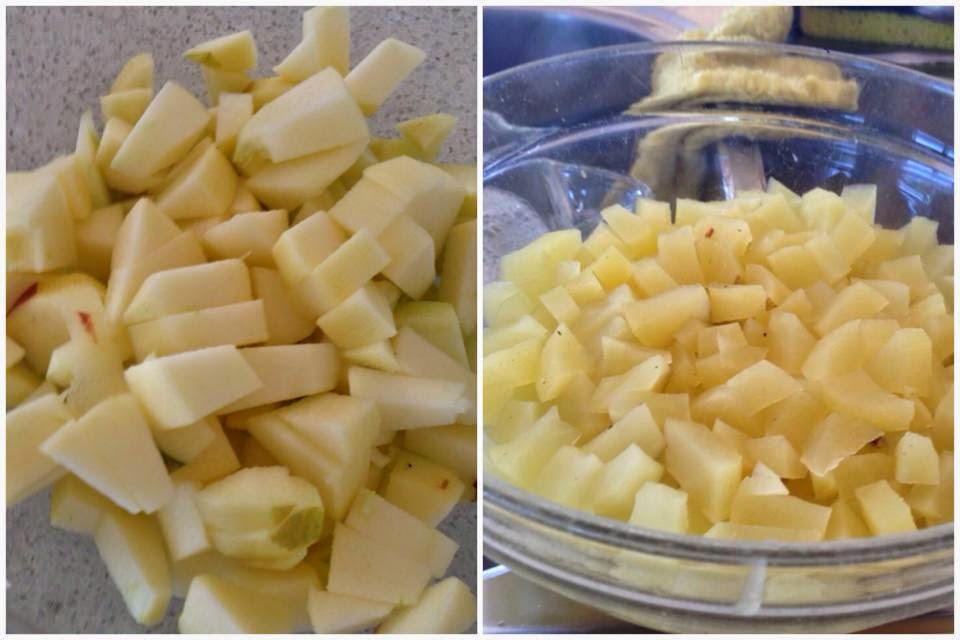 Vanilla buttercream frosting:
Ingredients:
125g softened unsalted butter
1/4 cup milk
1 tablespoon vanilla extract
4 cups icing sugar
MAKES 4 cups of frosting – enough for 24 cupcakes KEEPS 1 week
Cream the butter for 1–2 minutes. Add the milk, vanilla extract and half of the sifted icing sugar, and beat for at least 3 minutes or until the mixture is light and fluffy. Add the remaining icing sugar and beat for a further 3 minutes or until the mixture is light and fluffy and of a spreadable consistency. Add extra milk if the mixture is too dry or extra icing sugar if the mixture is too wet. If you wish to colour and/or flavour the buttercream then this is the time to do it. Add a drop at a time and beat in until you reach the required colour and/or flavour. Pipe or use a round edge kitchen knife to apply the buttercream to the cupcake.

Mix all ingredients in a small bowl till combined. Pour into a small baking dish and bake under the grill until golden. This needs to be watched as it can easily burn if left to long. 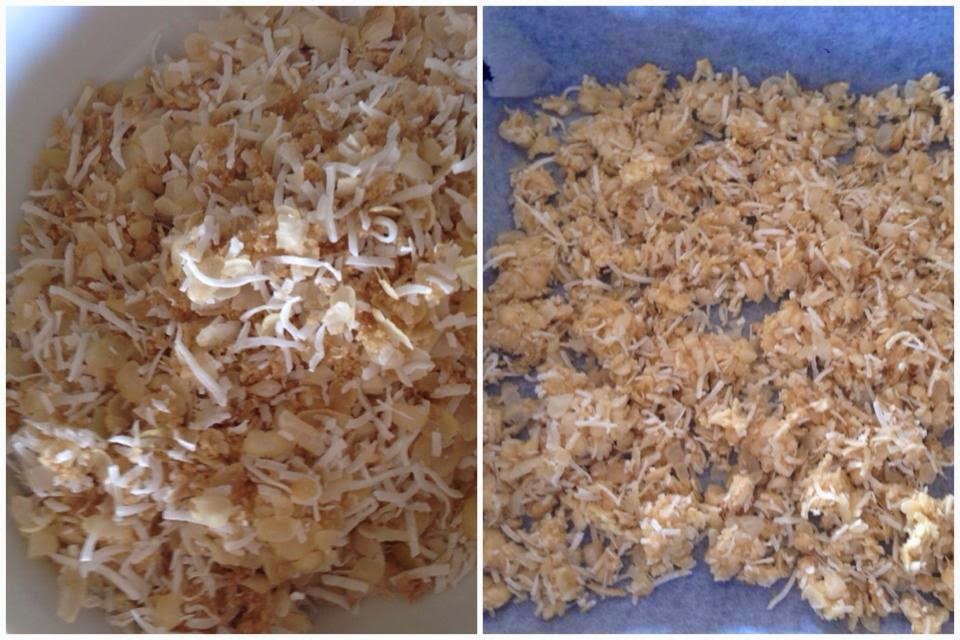 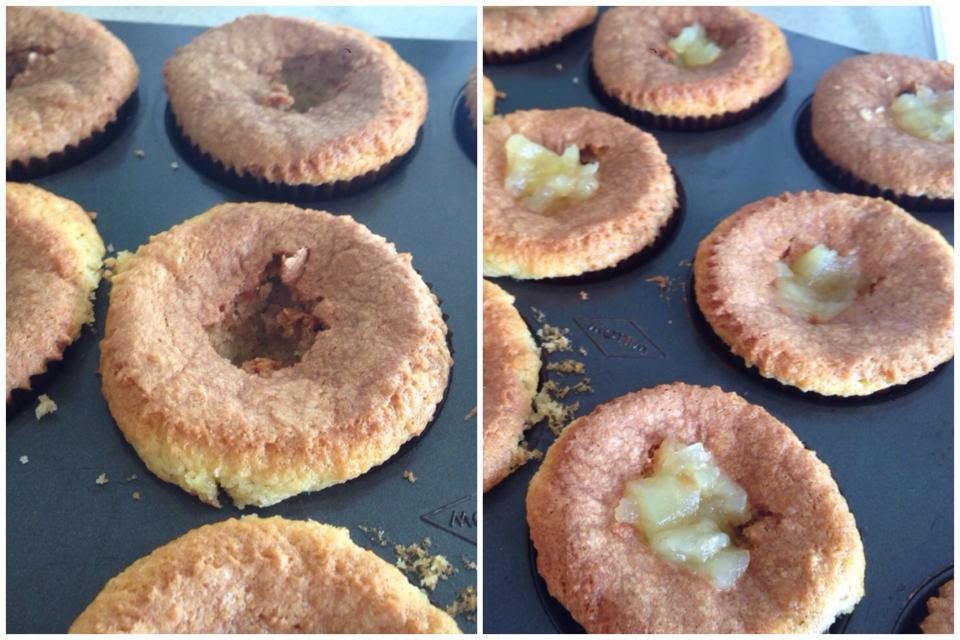 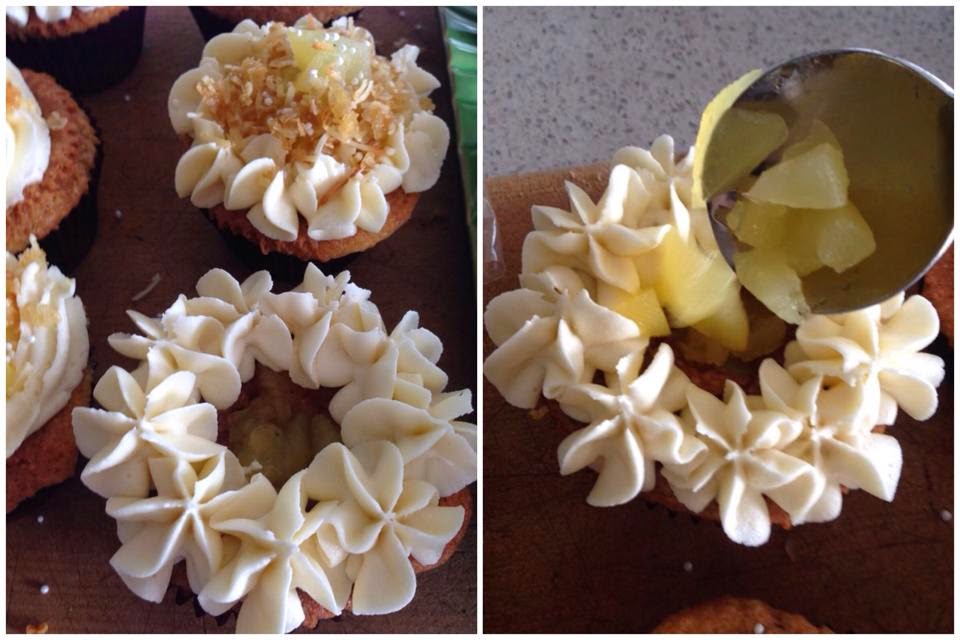 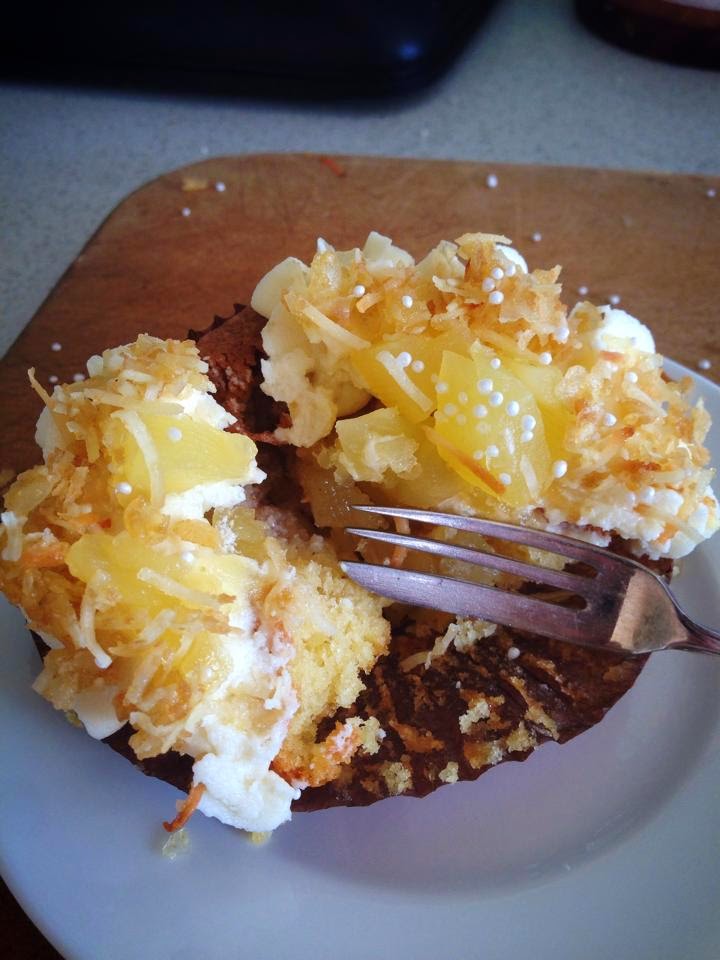 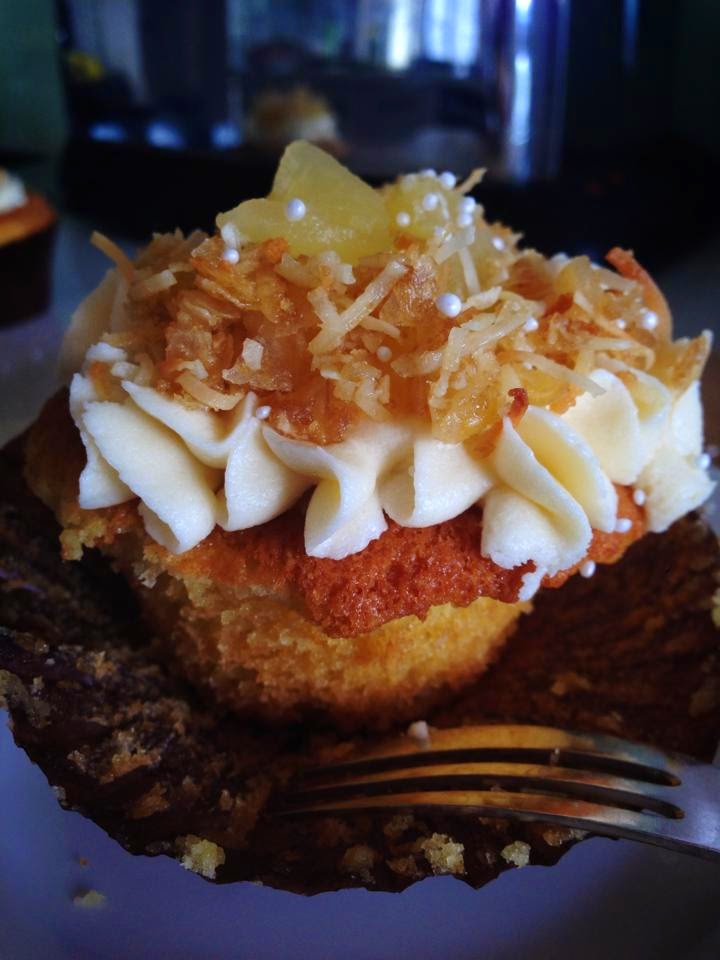