My mums work is launching a new America and Canada tours so these were for her office to hand out! I never really understood all the big fuss over red velvet cupcakes... i mean yeah they are nice but what flavour are they?? They aren't really chocolate and how do you describe what they taste like?? I would love to know what was going through the mind of whoever created red velvet when they decided to put an entire tablespoon of colouring into the mix?? and how they thought it was going to taste any different..  Although with a good swirl of cream cheese icing on the top how could you say no?? They do look really cute with the red and white colour contrast and i added some blue sparkles to make them more american! 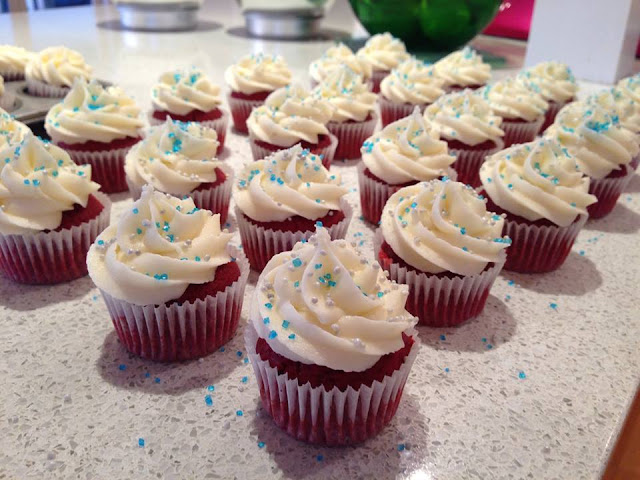 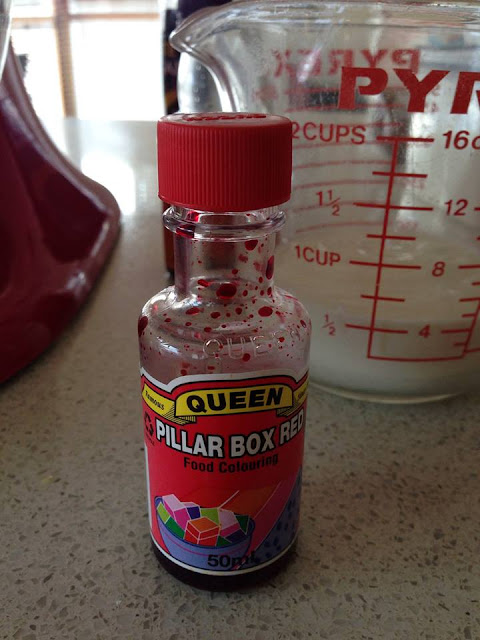 - In a large bowl sift together the flour, baking powder, salt, and cocoa powder. In a measuring cup whisk the buttermilk with the red food coloring. With the mixer on low speed, alternately add the flour mixture and buttermilk to the butter mixture, in three additions, beginning and ending with the flour. 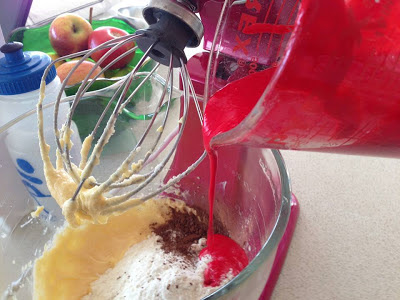 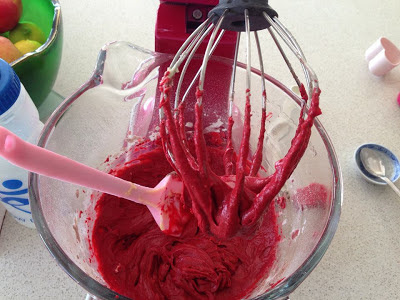 - In a small cup combine the vinegar and baking soda. Allow the mixture to fizz and then quickly fold into the cake batter. Working quickly, divide the batter evenly among the 12 muffin cups and smooth the tops with an offset spatula or the back of a spoon. Bake in the preheated oven for approximately 15-18 minutes, or until a toothpick inserted in the center of the cupcakes comes out clean. 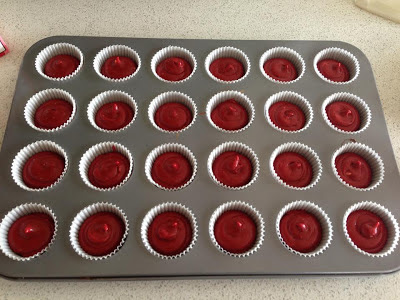 - Cool the cakes in their pans on a wire rack for 10 minutes and then remove from pan. Let cool completely before frosting. Either spread the frosting with a knife or offset spatula, or use a large 1M Wilton open star decorating tip to pipe the frosting. 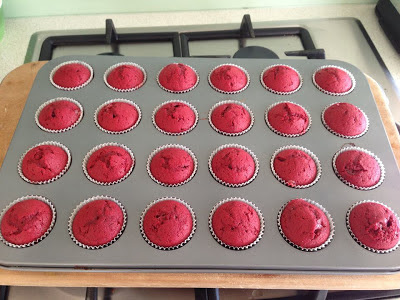 Cream Cheese Frosting: In the bowl of your electric mixer beat the cream cheese until smooth. Add the butter and continue to beat until fluffy. Add vanilla, milk and icing sugar and beat until smooth. Using the whisk attachment. Add more sugar or milk as needed to get the right consistency. Makes 12 cupcakes. 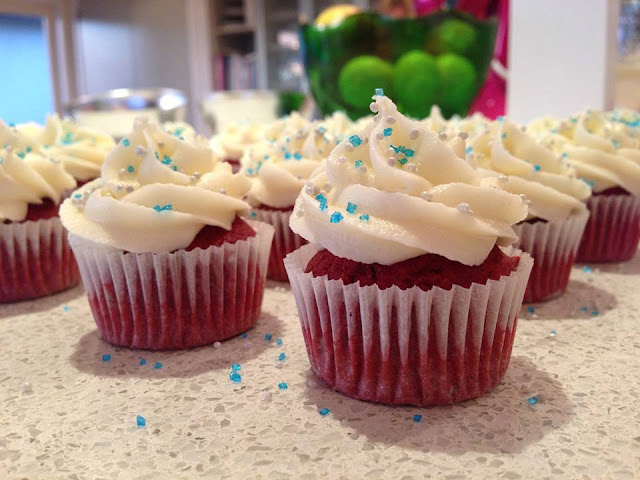 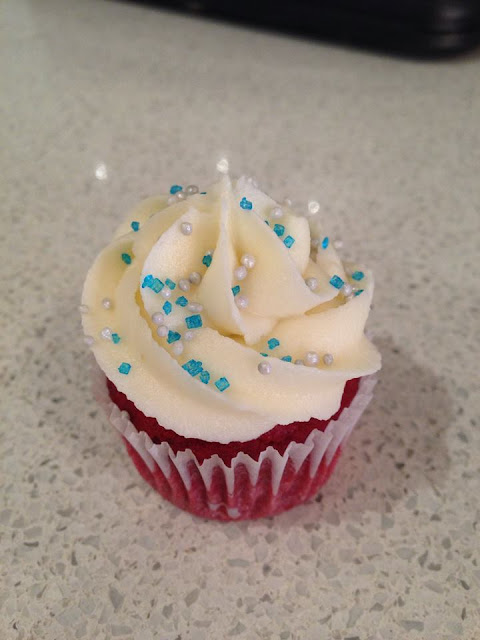